How do public sector organisations innovate? 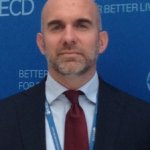 How to innovate, Research, Updates on OPSI

GPS system came out of the US Defence Department. Same as ARPANET, the basis of the modern Internet. NASA scientists put the man on the moon. Point here? Public sector innovation does not happen by itself but grows out of people and organisations (and their rules) which made inventions possible.

This is the point of departure of a recent report Fostering innovation in the public sector we have produced which explores the role that central government functions have in supporting innovation at all stages of its lifecycle, from identifying problems to generating ideas, developing proposals, implementing and evaluating projects, and diffusing them more widely throughout the organisation. The report builds on a number of papers and studies conducted by leading innovation researchers and practictioners.

There is a general understanding that innovation in the public sector – while the result of complex institutional and social dynamics – is fundamentally an individual human activity. However, it is often not easy to recognise in today’s public servant the Schumpeterian entrepreneurs who, by their own forces, make inroads into the unknown, creating value though new inventions. And there are reasons for that.

Innovation in the public sector is hard to achieve. The scale and nature of the challenges that governments face today require responses that go beyond simply incremental improvements and towards radically shifting the gears of government, towards empowering individuals to achieve outcomes and not just delivering processes.

Innovation also needs adaption (to context) and flexibility (of execution). Silo-based and vertical administrations are not at ease with the practice of experimentation to foster more collaborative ways of working. What creates disruption often generates resistance from within, partly because of the belief that innovation may generate (few) winners and (many) losers.

Often the debate is obfuscated by vested interests and misleading assumptions (e.g. control is necessarily bad for innovation) while this ignores the intrisic dynamics within the sytem. This prevents to give a genuine look at what enables rather than block innovation. For example how can audit reports distill useful learning from the system which drives the next round of improvements?

The report looks at the role that government management processes, such as public sector regulations, people management, and budgeting  play in inhibiting or enabling innovation. It also considers the specific support that dedicated organisations for innovation can provide, the strategies governments can adopt to manage risk and how information, data and knowledge can be effectively managed to support innovation.

Are laws and regulations the real problem?

Many innovators feel held up by bureaucracy and red tape; however, as the research paper prepared by Jorrit de Jong indicates, it is often not the laws and regulations themselves that are the barrier, but the way in which they are interpreted. Bureaucracy reflects a society’s underlying values, and in most democratic countries these include stability, efficiency, effectiveness, accountability and transparency – none of which are inherently hostile to innovation.

Some tensions do arise, however, between the nature of public sector organisations and the attitudes underlying innovation. In some organisations, risk aversion, “silos”, hierarchical structures and a lack of diversity may have become embodied in rules and regulations, or they may have become part of the wider culture. Either way, they act as a barrier to innovation.

Some countries have attempted to overcome these barriers through red tape reduction programmes or targeted rule exemptions, while others have used cross-organisational innovation delivery teams or behavioural insight approaches. There is still largely lack of clarity of the extent to which governments know whether their employees feel inhibited in innovating also reflected in a relative short numbers of survey investigating this issue. If rules and procedures are indeed the barrier, these can be rewritten; but, if the problem stems from the underlying culture and behaviour of the organisation, building capacity to solve problems through innovation will be a more effective approach.

Ability, Motivation and Opportunity: the three-way factors for people to innovate

People are at the heart of public sector innovation, so one of the goals of public human resource management should be to support employees in innovating. OECD research found out that for civil servants to innovate they need the ability, motivation and opportunity (aka AMO) to come up with new approaches. Ability requires not just technical skills but also creativity and associative thinking, as well as the behavioural and social skills needed to bring about change. Motivation can be intrinsic, but is also strongly determined by the work environment, such as task design, organisational culture and management. Opportunity means giving people the autonomy, resources and connections they need to innovate.

Four main approaches to promoting innovation emerge from case studies across OECD countries: awards and recognition programmes encouraging ideas from all levels of government (such as the Awards for Excellence in Public Sector Management in Australia), innovation-oriented networks (such as the Govrenment Change Agent Network in Finland) and mobility programmes to bring people together across organisational boundaries (such as Interchange Canada in Canada), and holistic approaches to managing staff that create a framework supporting innovation (such as New Ways of Working in Belgium). One key element is the organisational culture: how organisations treat risk, and whether employees feel empowered to experiment and to learn from their experiments.

Can budget offices play a stimulative role for innovation?

Traditionally, budget offices might be the last place to expect support for innovation – as suggested in the paper prepared by Paul Posner and Tim Higashi. However, in recent years budgeting has evolved away from only allocating resources towards also creating the conditions for innovation to flourish. Financial incentives, including dedicated funds, can play an important role in promoting innovation in government (such as the case of the Future Investment Programme in France to support digital transformation of public services).

However, in a fiscally constrained environment fiscal frameworks and targets are needed to keep a cap on overall expenditures. Greater budget flexibility within the caps, coupled with outcomes goals, can support innovation. The use of performance management and evidence to promote the widespread adoption of innovative approaches help link budgetary and policy objectives. In the United States, central budget and management agencies have been piloting initiatives with lines ministries (such as social innovation bond funds, tiered evidence grant programmes and performance partnership grants) to develop innovations in service delivery based on evidence of policy impact.

Fiscal austerity in recent years has challenged budget processes, with mixed consequences for innovation. While cuts, especially targeted ones, can serve as a driver of change, across-the-board cuts can diminish the capacity of some organisations to create innovative solutions. Budget agencies need to strike a balance between giving line ministries the flexibility and capacity they need to pursue innovation, while retaining a focus on achieving the government’s central strategic goals.

Dedicated innovation units can overcome some of the barriers to public sector innovation, providing “room” to develop new ways of doing things. They are a structural response to the cross-cutting and interdisciplinary nature of innovation projects, and to the tension between continuing business-as-usual while also introducing new approaches.

Working with Nesta, we have found out that innovation teams serve five broad functions: supporting and co-ordinating the implementation of innovative solutions (such as the Office of Citizens Sevices and Technologies – OCSTI – in the United States), experimenting with different approaches to problems (such as the Northen Irealnd’s Innvoation Lab), supporting the delivery of a cross-cutting initiative or agenda such as digitisation, providing the investment needed to give emerging ides the space to grow (such as Vinnova in Sweden), and capacity building and networking support (such as the Laboratorio de Gobierno in Chile)

While they might perform different functions, they all share the same challenge: demonstrating the impact of what they do. Few organisations have moved from very simple qualitative measures to advanced performance measures including outcome indicators for their organisations, and this remains a large challenge for all governments.

An organisation setting up an innovation team should consider what it wants the team to achieve and choose its functions and structure accordingly. The closer teams are to the centre of government, the more authority they will have to implement changes; on the other hand, a team located more on the periphery will tend to be more open to radical innovation.

A risk management strategy can help ensure the success of an innovation. But what happens when whe probabalility of an event is not known? When we are not dealing with risks (known, measureables) but with uncertainties? Marco Steinberg underscores how risk and project management are closely associated – often the better way to manage risk is to learn how to manage projects well.

A step-by step approach is useful to help situate where innovative projects are and how to effectively manage them. An effective strategy starts by understanding the context of the innovation: what it is trying to achieve, whether it is changing an established practice or introducing something new, where its mandate lies, and whether it is a solution in itself or is creating the conditions for one.

So what can be done? There area number of preconditions for successfully managing risks including proper resourcing, both financial and human. New processes – such as prototyping (quick iterations of solutions to test feasibility) and co-creation (engaging all stakeholders in the development of solutions) – offer ways to translate uncertainty into known risks faster than traditional approaches and to better control the use of public resources.

As public sector organisations move along the innovation journay, a few suggestions from practice emerge including: socialise ideas and make them understood; make the benefits of innovation palpable earlier on (and have a value proposition); and use evidence to transform uncertainy into risk; model risk-reward to drive and scale innovation practices.

Data management as the new gold pipeline for innovation

Innovation that harnesses the power of data, information and knowledge has the potential to transform all sectors, and the public sector is one of the most data-intensive parts of the economy. We have identified four phases to improving public sector information management for innovation: sourcing it, making it available and discoverable, and combining it with data from other sources; exploiting it, transforming it into knowledge and using it for decision making; sharing it as freely as possible inside and outside the public sector; and creating feedback loops and encouraging collaboration to create a rapidly evolving information system.

There is still a long way to go to fully comprehend what formative role governments play to enable innovation. We need to recognise that much of this is contextual and depends not only on formal institutions but behaviours and attitudes entrenched in each public sector.

The type and quality of interactions between each of the policy levers mentioned above will also depend on the context in which the levers operate. Their complex interaction among these functions calls for a more in-depth analysis of how to intervene to strengthen the capacity of central government organisatiosn to innovate.

While re-routing the system or patching functions at the margin seems the most obvious direction to go in case of stall, this is often not possible nor desireable. For example, fixing the data infrastructure without taking into account the associated necessary capability changes in the civil service to operate it, might lead to more frustration and disengagement. Reflecting on the system purpose (i.e. identifying what purposes the system achieves and reshaping them to align them with the functions the system is geared to) – through applying system-wide approaches) – may provide a more holistic way to enhance its effectiveness.