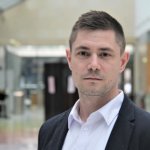 In a year marked by sudden and massive change, there is a duty amidst all the turmoil to take stock of what public governance gaps are revealed, and where we can learn lessons. At the core, this leads to three questions:

As the States of Change Learning Festival wrapped up, we wanted to try to capture the learning, discussion, and experiences from that event and its participants, including possible answers.

We did this in part because we are building towards a global network of events called Government After Shock on 17-18 November 2020 – but more importantly because there are many rich and insightful conversations going on right now, all aiming to make sense and create direction for the public sphere in a time of rapid change.

The more we learn, and the quicker, the better for people around the world. So we want to amplify and build on each other’s work. The OECD is a forum for sharing and collecting experiences and lessons, and 2020 is a year filled with them. That’s why we’ve created the ‘2020 After Shock Dialogue Network’ and are running a  ‘Dialogue Series’ as an experiment in connecting threads over time and across the world from like-minded events.

The Learning Festival organizing team of Brenton Caffin, Nicole Barling-Luke, and Jesper Christiansen (James Oriel being on a well-deserved holiday) took the time to reflect and to try to distill the 40-session event that was attended by over 1600 participants. The event was “a container for sensemaking. It was an opportunity to take stock of all the things we were seeing in a creative and playful way.” Their answers are their own, though we asked them to draw from the energy and experience of the community who took part.

Here is a short capture of their answers, with our full notes below.

What do we need to leave behind?

One of the first things the team noted was that the Learning Festival coincided with the #BlackLivesMatter movement which substantially influenced the tone, and participants were “letting the energy in the system transform [them],” including “different ways of thinking about living in harmony with people.”

In fact, festival coordinator Nicole Barling-Luke started her reflection with what we should leave behind, long before we asked that question: “How are we going to end things instead of always creating things? How do we clear out some stuff to let [new ideas] come?”

There’s personal growth required to support all of the other changes taking place in the public sector. It’s not anything in particular; it’s more about intentionally, continuously examining the way we look at the world. As Brenton Caffin put it: “What attitudes or beliefs are no longer helpful for us? And are only serving to hold in place a system that’s no longer fit for purpose?”

The past when it no longer serves us

The team spoke about the idea of “creative decommissioning,” that is, creating institutional processes that experiment with creative ways to wind programs down that are no longer serving the need, and to “unlearn” assumptions and patterns that limit people.

What do we want to keep?

The idea that government can make things better

There was a sense that “government was back,” and that for the first time in a long time, there was widespread acceptance of the idea that government could be a force for good.

Brenton Caffin: “the buzz that I got was “how do we feed into this moment and amplify this narrative that government can be an active participant in crafting positive social outcomes.”

The idea that the current moment is an opportunity

There was a distinct sense that the current time is both a crisis and an opportunity. Jesper Christiansen reflected on the radical reframing that speakers brought:

“What made me proud was that we were able to combine that edge of society example, or positive deviance; I think it was really interesting when had radical reframings… How do we redesign the political? How do we redesign government?”

The recognition that there is a community ready to make change

Brenton Caffin: “I’d want them to understand, recognize, and value that there’s this community of practitioners who can help bring about change… Public servants are capable of working in this way.

Which way? “Agile, experimental, data-driven, collaborative, willing to try new things. At the same time, humble, and willing to take the public into their confidence.”

A sense of humility

Jesper Christiansen also emphasized humility, and the fact that it has become okay – and should stay that way – for senior politicians to say “Actually, we don’t know,” and to emphasize that they are on a learning journey.

This sentiment of humility was reflected in the event design, which Brenton Caffin described as an effort in “creating this sense of intimacy, and candor, and generosity. This was a space to come in much more humble, much more tentative.”

What do we need to do differently?

Work quicker and bolder while learning

Brenton Caffin: “The metaphor that we’ve probably overused over the last couple months is muscle memory.”  He said that governments have realized that they can work quickly, boldly, and with a learning mindset through this crisis, and need to keep that and apply it to other contexts.

“For me I think it’s about strengthening the workforce. You’ve seen what you’re capable of. Let’s not pretend that we can’t do better than we have in the past…

Collaborate with more and different partners for change

Jesper Christiansen added the need for “creative collaborations,” whether with citizens, with bottom-up initiatives from communities and the social sector, or with other governments or parts of governments.

Nicole Barling-Luke talked about the idea of “materiality” and making good ideas into tangible impacts. “Bring a bit more realness and implementation grit – and all the hard work that comes with really getting into deep work. Materiality of your purpose is messy and gritty and that’s what’s required of us now.”

We would like to thank Brenton Caffin, Nicole Barling-Luke, and Jesper Christiansen for the time, and congratulate them on the Festival. For more information: https://festival.states-of-change.org/.

We will be preparing an artefact series drawing upon each Dialogue Session to build up a better and richer picture of the differing but related conversations occurring in 2020. The insights capture report associated with this Dialogue Session can be found here and we will be adding the others to our Government After Shock page.

“The what, the so what, and the now what. How do we turn this into a “now what” agenda? Do we have the right people involved in terms of actually creating an impact? This is where it’s useful to see it in a longer journey.” – Jesper Christiansen

If you would like to learn more about Government After Shock or how you can get involved, get in contact with us.